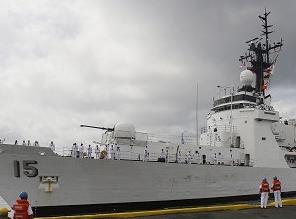 Lots of proposals but little agreement or action.

Gen. Eduardo Año, Armed Forces chief of staff, said they are enhancing the security in the common borders of Philippine, Malaysia and Indonesia following spate of cross border kidnappings staged by the Abu Sayyaf group.