I was arguing with the wiring in a little RV over the weekend and it was the typical RV  mix of automotive wiring, household wiring, and What The Expletive wiring. I fell back to my auto mechanic days and set about chasing the demons through the wires. Basic diagnostics: separate, isolate, test, reconnect, retest, repeat, until a path becomes clear. In this quest I used an old trick of mine (although I assume many other have used it) in using crimp connectors the “wrong” way. This made me think of being called out for it many years ago, “you’re doing it wrong you idiot!” or something like that. I tried  to explain that I was just using the common butt connectors in a different way for a different situation, but he wouldn’t hear of it. “That’s not how you use them” was the answer.

This was long before my computer and hacker days, but the mindset is there in many car guys. “You’re not supposed to do that” is a warning to most, but an invitation to many of us.

I hate to say we can’t teach that, but with a lot of folks you either have that curiosity or you don’t. I do think a lot more folks have that kind of innate curiosity and desire to test boundaries, but sadly our modern education systems can’t handle those characteristics in kids- “do it our way or you are wrong” is great for standardized testing, but terrible for education. And in our little world of cyberthings we really need curious people, people who ask questions like

OK, the last wasn’t a question, but a statement of willingness to try.

I don’t have the answer, but I have seen a lot of little things which help- hackerspaces, makerspaces, good STEM/STEAM programs, and youth programs at hacker/security cons are great steps, but I fear that these only serve to minimize the damage done by the state of education in the US lately.

Oh, and about using the connectors wrong, normally you put one stripped end of a wire in each end of the connector and create an inline splice. For problem situations I connect wires as shown in the image. This provides a good connection, arguably better than the inline method since the wires are directly touching, but more importantly the open ends of the connectors are shielded to prevent accidental contact, but open to provide handy test points as you chase the demons through the wires. Which reminds me of another story, but that’s one for the barstool… 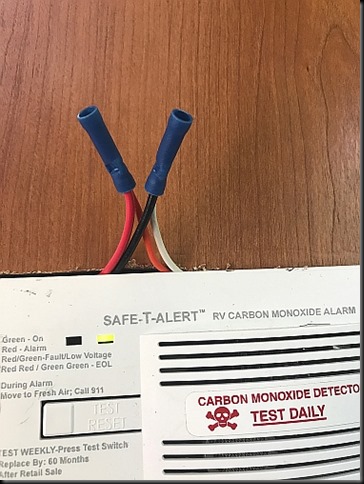