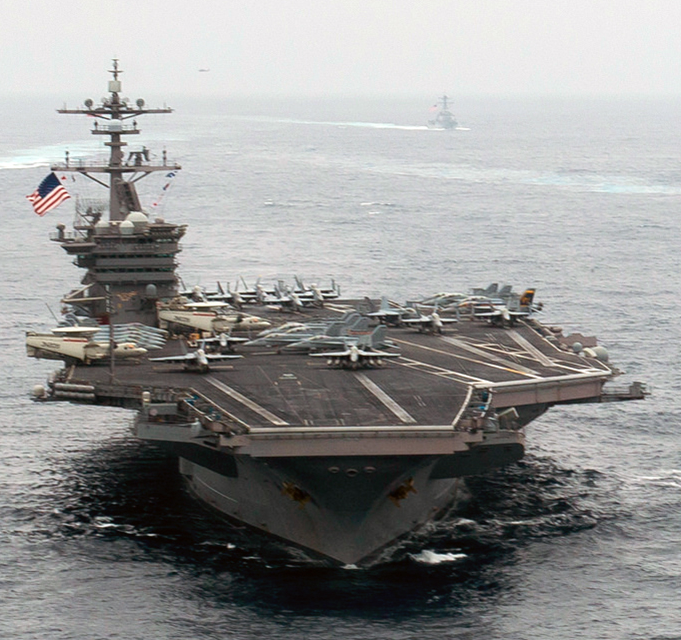 A carrier strike group is conducting routine patrols, but is not set up for FONOPS, despite speculation.

The USS Carl Vinson Strike Group arrived in the South China Sea this week, the first major U.S. presence in the region under the Trump Administration. The Strike Group’s arrival closely follows reports that the U.S. Navy is seeking to engage in the western Pacific more assertively with increased presence and more frequent Freedom of Navigation Operations (FONOPS) against Chinese maritime claims around its artificial-island bases in the Spratly and Paracel islands.