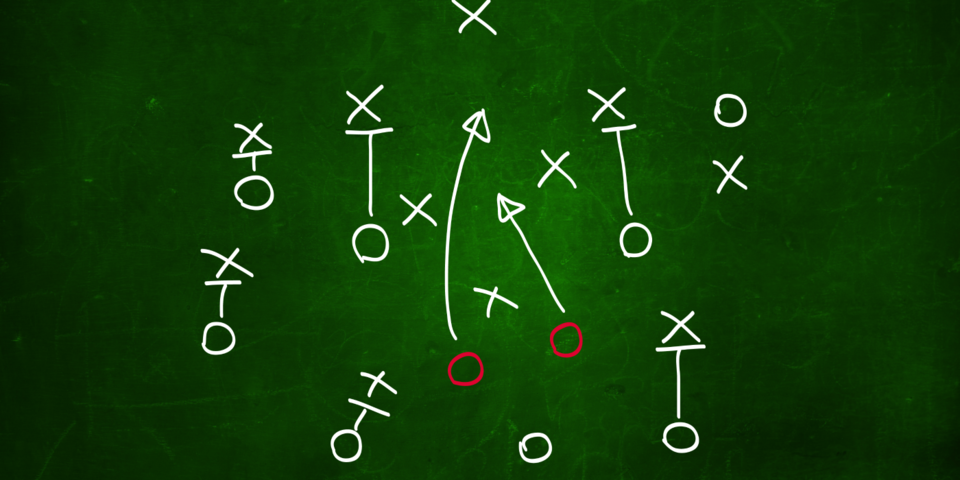 I wasn't able to enjoy the Super Bowl on Sunday night as I was flying home from a family funeral. I did get some updates from fellow passengers, and even though the Atlanta fans were celebrating a big lead early and the New England fans were fearing an embarrassing defeat, I knew the game would be a fight to the finish.

In case you didn't see it (or if you aren't a big NFL football fan) let me recap the game quickly: The New England Patriots defeated the Atlanta Falcons after the biggest comeback in Super Bowl history, led by their quarterback Tom Brady. It was Brady's fifth Super Bowl victory, a record surpassed by no other.

I am not a fan of either team, but I am a huge fan of DevOps. And after watching a replay of the whole game, I was struck by New England's DevOps approach to adjusting their strategy, which allowed it to come from behind and win the game. Meanwhile, Atlanta's failure to adjust their game plan to counter the Patriots felt like a very Waterfall approach, and so the Falcons suffered a heartbreaking loss as a consequence.

How was New England using DevOps and Atlanta Waterfall?

First let's set the scene going in to the second half of the game. New England was trailing 21-3, and the Atlanta Falcons were imposing their will. Atlanta had built its lead following an amazing game plan on both offense and defense. On defense, Atlanta was able to frustrate Brady's offensive prowess. While on offense, Atlanta had New England's defensive players missing tackles and leaving Atlanta’s receivers uncovered.

Atlanta's plan was working beautifully, while New England was making costly mistakes that Atlanta took advantage of. If New England had continued to play that way, the Falcons would have easily clinched the game and proudly marched out of the building carrying the Lombardi trophy. But New England flipped a switch and adjusted its game plan, turning the game around.

Even after Atlanta scored again to lead by 28-3, with the announcers talking about their certain victory over the Patriots, New England had other ideas. If you saw the New England players' and coaches' faces, you could tell they were not ready to concede yet. New England went on a 25-0 scoring streak to tie the game before the end of regulation play, completing the stunning comeback with a winning touchdown in overtime. Patriots Coach Bill Belichick did not change his steely demeanor, but he did adapt the game plan in a very DevOps way.

DevOps is about continuous improvement through iterations, and New England has certainly perfected their approach over many years with astonishing success. DevOps also empowers Scrum teams to find the working formula for every process. In a football sense, Scrums of coaches and players review the results of plays on the field and develop new plays after taking real-world data into account.

Like developers who update their software while making the same errors over and over, football players can't run the same plays and expect different results. It takes careful monitoring by the coaches (operations) to alter the current process and implement changes that result in better performance.

In contrast, a Waterfall approach – whether in software development or football – doesn't iterate and improve based on feedback loops. In a Waterfall approach to football, the coaches call for a play and the players execute the play, without giving feedback or asking for adjustments. Monitoring and feedback only happen after the game when the coaches and players are sitting around watching it on film – too late to make a difference in the game they just lost.

Back to the Game

The statistics around the 2016 season for both Atlanta and New England show 1,500+ plays over 19 games and almost a half-year of practice. Atlanta did not have to adapt much in their games. Their game plan was pretty much the same all season, and they crushed teams throughout the regular season and into the playoffs.

New England struggled at the beginning of the season without Brady at the helm, and their star offensive weapon, tight end Rob Gronkowski, was injured late in the season. But New England's rotating cast of players at quarterback and receiver all bought into the Patriots' system, and the next man up was always prepared to do the job. New England's highly adaptive approach made them champions once again, and has proved sustainable over the years.

Atlanta's success this season was amazing and should be applauded. But in the Super Bowl, Atlanta looked flat-footed on defense when New England started marching down the field in the fourth quarter. And on offense, Atlanta continued to throw the ball, even when running the ball would have helped them run out the clock to seal the game.

Most sports reporters are saying that Atlanta failed or "choked." However, I think the result had more to do with New England adapting to Atlanta's plan. Atlanta had many easy victories this year and was used to playing ahead without their lead being challenged. When New England came at them with such ferocity and an adaptive, DevOps game plan, Atlanta didn't know how to react. Waterfall was their downfall.