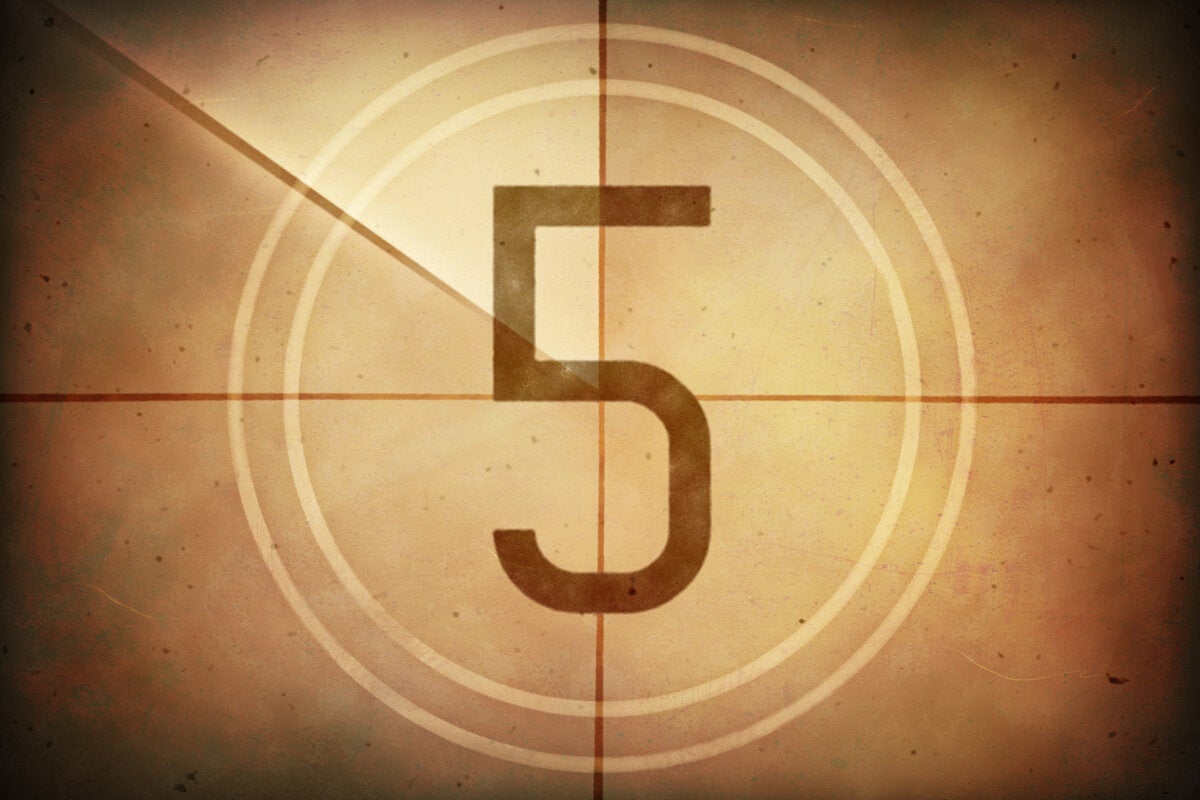 The central role of data in driving innovation across many industrial sectors is now clear. No business leader can afford to ignore this trend making it imperative they understand the forces driving changes in their value chains. 2020 promises to be a challenging time for managing data-driven innovation within organizations but also a year of opportunity for those ahead of the curve. Here are 5 key factors that will help determine these challenges and opportunities over the coming 12 months.

In Europe the GDPR has started to have an impact on how firms collect and use data. The possibility of massive fines for companies that contravene the law has certainly focused minds. One of the major changes introduced by the GDPR is the requirement for organizations collecting personal data to obtain the informed consent of individuals rather than the implied consent allowed under previous legislation. A visible effect of this are the popups which appear on most websites now asking us to tick a box agreeing to the use of cookies before we can access the site’s content.

Less visible is the impact this is having on how firms collect data from other sources and forcing many companies to reassess whether they should be collecting this data in the first place. It is too early to say if this will have a “chilling” effect on data sharing between firms via exchanges, but it could only take one or two high-profile cases and some large fines to have an impact. US-based organizations should not be too complacent either: some recent rulings in several European courts have suggested that the GDPR and related legislation could be applied to businesses across the Atlantic. In conjunction with more local legislation such as the California Consumer Privacy Act of 2018, the legal environment is becoming more hostile to data abusers.

[ Looking to upgrade your career in tech? This comprehensive online course teaches you how. ]

Associated with more stringent legislation, the mood amongst many policy makers in the US and Europe is turning against “Big Tech”. Some of this may be political rhetoric in the run up to some important elections but there is a definite shift in tone at a high level. Just as Standard Oil in 1911 and AT&T in 1984 were broken up by regulators for being too dominant in their markets, calls for Facebook and Google to undergo similar fates are growing stronger. While this may be an existential threat for those 2 companies, it could present opportunities for smaller competitors that might benefit from a more level competitive playing field. Although the evidence for increased innovation following the 1911 and 1984 breakups is hard to find, this time it could be different. Building an oil or a telecommunications company requires massive capital investments while digital startups can achieve scale and profitability with far fewer resources: Google and Facebook themselves are, ironically, good examples of this.

The high hopes of a year ago for a spate of high-profile tech IPOs have faded rapidly. The ride hailing firms Uber and Lyft have seen their shares fall significantly below their launch prices as confidence in the power of their data-driven platform strategies has waned. The WeWork debacle has done nothing to improve matters. However, new VC funds are still being announced as owners of capital seek to find returns in generally moribund financial markets. A significant beneficiary has been and will continue to be for the foreseeable future, the digital healthcare sector. Research firm, CB Insights, has tracked more than $37.5 billion of healthcare investments in the first 9 months of 2019 with AI-related funding being one of the fastest growing areas of activity. Data is at the heart of many of these investments which range from firms finding better ways to collect and analyse patient data to new systems for improving the workflows in hospitals.

4. Advances in AI and ML

As improvements in artificial intelligence and machine learning allow faster and more accurate processing of data at scale, new entrants are emerging to apply these techniques to industry problems. Like the current focus on digital healthcare, expect 2020 to produce more investment announcements from firms building AI and ML solutions to other sectors. However, the age of simply adding the word AI to your company description and seeing the funding roll in is coming to a rapid end. There is increasing pressure for companies to demonstrate the value their systems are adding, and this will only increase over the coming year.

A data-driven company is only as good as the data it uses. The adage garbage in-garbage out has never been truer. The tech giants such as Google, Facebook and Amazon have benefited from the virtuous circle of using customer data to drive value both to their users but also the advertisers and other firms that provide their core revenue streams. This makes it difficult for new entrants to compete as they struggle with the chicken and egg problem of not having the user-base to generate data or to pull in other users.

[ Beware the 9 warning signs of bad IT architecture and see why these 10 old-school IT principles still rule. | Sign up for CIO newsletters. ]

Part of the solution for some of these companies may start to emerge in 2020 as data exchanges grow in scope and scale. A few small data exchanges such as Terbine, Dawex and Caruso have emerged in the last few years and are starting to have an impact in specific industry verticals. However, the announcement by Amazon Web Services earlier this month that it is launching the AWS Data Exchange is significant. The company claims it has 80 data providers on the exchange including Reuters, Deloitte and Dun and Bradstreet. The aim is to provide a ready source of data for many of the smaller firms building services via AWS and which have traditionally struggled to source accurate and relevant information. This could signal the start of greater liquidity for startups using data to power their innovations.

Despite the political and economic uncertainty in much of the world as we head into a new decade, there is much to be optimistic about. Data, as we know, can be misused but the pendulum seems to be swinging back against these abuses and the rise of new data sources and techniques for managing it promises to bring some interesting innovations in 2020 and beyond.

This article is published as part of the IDG Contributor Network. Want to Join?