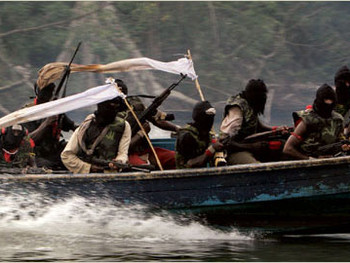 Spike in pirate activity off Nigeria.

Pirates attacked the crude carrier Rio Spirit on 110 nautical miles south off Akassa in Nigerian Delta. The vessel was loaded with oil products from the Qua Iboe terminal, but several hours after leaving the port was approached by motor skiff with armed men on board, who tried to hijack her and took the control.

The crude carrier Rio Spirit was under security cover by the operatives of the Nigerian Navy, who repelled the attack and reported the accident to the local authorities. At the scene was sent Nigerian navy ship Victory, which reached the vessel shortly after the attack. Just 30 minutes later, the vessel was attacked once again by the same pirates group. The second attack was repelled for the navy officers and the ship was escorted to safe waters and released to resume voyage.