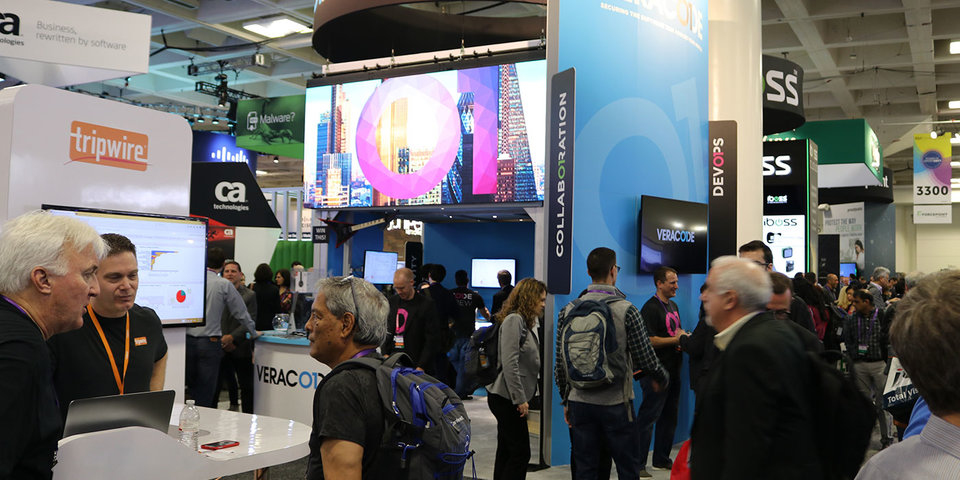 After four years of providing web-based support to Veracode's RSA Conference team from our offices in Burlington Mass, I had the pleasure of finally attending the conference myself. First impressions were a bit staggering to say the least. One thing that doesn't exactly come through amid all the web and social chatter that happens around RSAC is the sheer size of this conference as measured by attendees along with both volume and variety of vendors. What an impossible challenge this presents for any position tasked with prioritization and selection of security technologies.

I got my first glipmse of this challenge during an exercise we did at Veracode last year led by our Director of Product Marketing, Chris Kirsch. We played a simple Monopoly style game where every player took on the role of a CISO at an organization from a variety of sectors with varying budgets. As turns progressed players saved up budget, made choices to purchase technologies, and encountered random incidents. In short, the game felt like survival. You knew sooner or later something catastrophic would happen and even the largest budgets only got you so far, so fast. Walking the Expo floor at RSA Conference brought back that same sense of staggering choice. It's no wonder that consolidation of security vendors was an overriding theme throughout many presentations starting with RSA Chief Techonology Officer, Zulfikar Ramzan's opening keynote.

To get a sense of what they mean, take look at this map of cybersecurity domains from Henry Jiang, CISO at Oppenheimer & Co. And that's only domains, adding vendors to each of these and charting overlap is intimidating to think about. I have no idea how we, as an industry start simplifying this but all of us vendors should understand and be empathetic of this challenge because every single one of our customers share it.

On a lighter note, it really cool to see how our little company has grown over ten years of RSAC.

The team at the Veracode booth team was stellar all week and we hope that every attendee who came by the both had all their questions answered. If there's anything we missed or anything you're still wondering don't hesitate to reach out or ping us on social. Below find some session coverage from throughout the week and a video interview with our Director of Developer Engagement, Pete Chestna.

Live From RSA Conference 2017 The Power of Opportunity

Final Boarding Call for DevOps – You Don’t Have to Go Home, But …

The Most Dangerous New Attack Techniques and What's Coming Next

Your Chance to Get It Right, 5 Keys to Building AppSec into DevOps

Topics of Leadership and Teamwork With Dame Stella Rimington