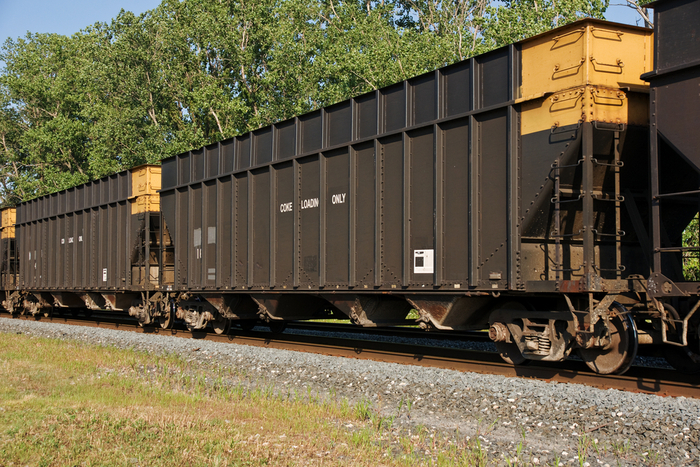 The Surface Transportation Board called for collaboration between shippers and railroads over the demurrage issue to resolve common issues that cause demurrage, such as railcar bunching. Photo credit: Shutterstock.com.

The US Surface Transportation Board (STB) is urging railroads to work closely with shippers to address concerns about demurrage practices shippers consider unreasonable and nothing more than revenue generators for the railroads.

The federal agency issued a proposed rule on two of three petitions it considered but declined to go beyond a policy statement on the main topic of demurrage and accessorial policies. The statement, however, was clear that railroads must meet certain standards when imposing penalties.

“Demurrage rules and charges are not reasonable when they do not serve to incentivize the behavior of shippers and receivers to encourage the efficient use of rail assets, STB’s policy statement read. “In other words, charges should not be assessed in circumstances beyond the shipper’s or receiver’s reasonable control. It follows, then, that revenue from demurrage charges should reflect reasonable financial incentives to advance the overarching purpose of demurrage and that revenue is not itself the purpose.”

The same questions are at the heart of both inquiries. What are reasonable business practices? What is the line between shippers taking too long to turn assets (containers, boxcars, gondolas, or hopper cars) and unreasonably short periods placing an undue burden on shippers?

The rail demurrage policy statement comes after two days of testimony this May when shippers argued Class I railroads will deliver large bunches of railcars while providing only 24 hours to unload the cargo before assessing penalties. Although the testimony was about commodities, precision scheduled railroading emphasizes longer train sets and can also cause bunching of containers. Class I railroads consider demurrage vital to maintaining network fluidity.

“The Board expects to facilitate more effective private negotiations and problem solving between rail carriers and shippers and receivers on issues concerning demurrage and accessorial rules and charges,” the policy statement reads. “The Board is not, however, making any binding determinations by this proposed policy statement.”

Instead, the Board expressed serious concerns in the statement.

“The Board has heard repeatedly, from interested parties in a broad range of industries, that it has become difficult, if not impossible, to avoid demurrage charges following the recent reductions in free time, particularly in light of inconsistencies in rail service,” the statement said.

The delivery of a bunch of railcars at once makes it virtually impossible to unload cargo within 24 hours before penalties apply. Shippers say this is more common under precision scheduled railroading and there isn’t enough labor to handle the sudden and unpredictable burst of deliveries.

Precision scheduled railroading can cause the discharge of a large number of containers in one day rather than spaced over many days. Similar to commodities, however, domestic intermodal shippers now often have only one free day to pick up the containers before terminal demurrage applies. Union Pacific Railroad, for example, tightened their free window in September to 24 hours in all intermodal terminals, replacing a two-tiered system in which 48 hours were given in smaller markets where terminals may not be open 24 hours or on Sundays.

The STB provided an example of what it considered unreasonable, a situation also at the heart of the FMC’s evaluation of the demurrage issue too.

“Where, for example, carrier-caused circumstances give rise to a situation in which it is beyond the shipper’s or receiver’s reasonable control to avoid charges, demurrage does not fulfill its purpose,” the STB wrote. The FMC has made a similar finding when emphasizing the unfairness of demurrage penalties when containers are unavailable to be picked up, such as during a hurricane when a terminal is shut down.

The federal agency issued a proposed rule to require Class I railroads to levy demurrage penalties to shippers and not warehousing companies (receivers) when the stakeholders agree on financial responsibility. The issues involved in this dispute are unique to commodity shippers; there is no nexus to intermodal containerized shipping.

The issue involved demurrage penalties being assessed to the receiver even when a shipper is listed as the consignee. Warehousing companies told regulators this May about how Class I railroads would issue demurrage fines to them rather than the owner of the commodities, then refuse to serve the facility. The warehousing companies contract with a variety of commodity shippers, which are financially responsible for demurrage.

“The Board proposes a requirement for Class I carriers that if a shipper and warehouseman agree that the shipper should be responsible for paying demurrage invoices, the rail carrier must, upon receiving notice of that agreement, send invoices directly to the shipper, and not require the warehouseman to guarantee payment,” according to the proposed rule.