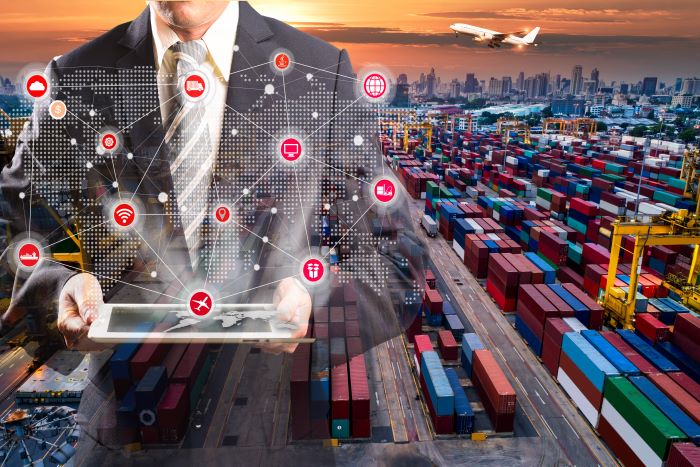 Transplace said its two new tie-ups are the result of serving its 32,000 carriers in a similar manner it has done with its shipper customers. Photo credit: Shutterstock.com.

Third-party logistics (3PL) company and freight broker Transplace is working with two freight payment solutions providers to extend the options available to its carrier network to either get paid faster or increase visibility into the payment process.

Transplace executives told JOC.com the two tie-ups — with TriumphPay and Bank of America — are the result of Transplace serving its 32,000 carriers in a similar manner it has done with its shipper customers.

Feedback from smaller carriers indicated they wanted the ability to decide on an invoice-by-invoice basis whether to take a discount on an invoice to be paid faster than under contracted payment terms. Larger carriers, on the other hand, wanted more transparency as to where their invoices were in the process.

“Shippers continue going through cycles where they extend their payment terms while carriers have to pay drivers, put fuel in their truck, and pay for the asset,” Transplace CEO Frank McGuigan told JOC.com. “So, for us, it became a matter of, ‘how do we provide the optionality for the carrier?’”

The TriumphPay integration is designed to target the needs of smaller carriers needing the option to get paid faster, while the Bank of America integration, with the bank’s Paymode-X product, is aimed at larger carriers with a more “sophisticated process,” Rich Wessels, Transplace’s treasurer, said.

“Larger carriers with bigger fleets and higher transaction volumes, they want to reconcile that volume into their own system,” Wessels said. “They’re focusing on automating invoicing and reconciliation. Smaller carriers are very focused on cash flow. Not worried about reconciling with an accounting system, they’re worried about cash flow.”

As it relates to smaller carriers, Wessels emphasized that while the idea of discounted early pay has been around for decades, technology is now empowering more effective decision making around which invoices to take that discount.

“The core economic trade [taking a discount to get paid earlier] is the same as it ever was,” he said. “What’s different here is the factoring companies, per se, are looking to move to a dynamic quick pay process. Factoring involves a lot of administrative overhead. In the case of TriumphPay, the ability for the carrier to aggregate across all the brokerages they work with is something that’s new and different. That gives another level of control to the carrier. It’s less of an administrative burden and it allows them to make quicker decisions.”

McGuigan said while size is a determining factor for which of the payment products a carrier might choose, the broader ambition for Transplace is to provide its carrier network with tools that individual drivers or fleets don’t have to invest in themselves.

“Think about what the carrier community has been asked to invest in,” he said, referring specifically to a regulatory mandate to invest in electronic logging devices (ELDs). “Getting systems to make smarter financial choices is not top of the list. Anything we can do to empower them — and not just this, but our carrier portal, or sequencing loads for them — that can enable carriers that traditionally can’t afford to spend on technology they would like.”

The products will impact the approximately 50 percent of Transplace’s shipper customers that count on the 3PL to manage freight payment on their behalf. The other half manage it themselves. McGuigan said the payment tools should be viewed as Transplace seeking to benefit carriers on behalf of shippers just as it would when provided a carrier an attractive load.

“The Transplace platform doesn’t dictate whether we pay your own bills or not,” McGuigan said. “It’s a backend process that you can use if you like.”

He said shippers want to see that Transplace is engaging with the carrier community, whether through proactive communication on service, or Transplace being able to keep carriers in its network for multiple consecutive loads.

“We want our carriers to improve their operating ratios by not going to a load board when they’re in Chicago, but to keep them in our network with a sequenced load. And that’s good for the shipper community.”