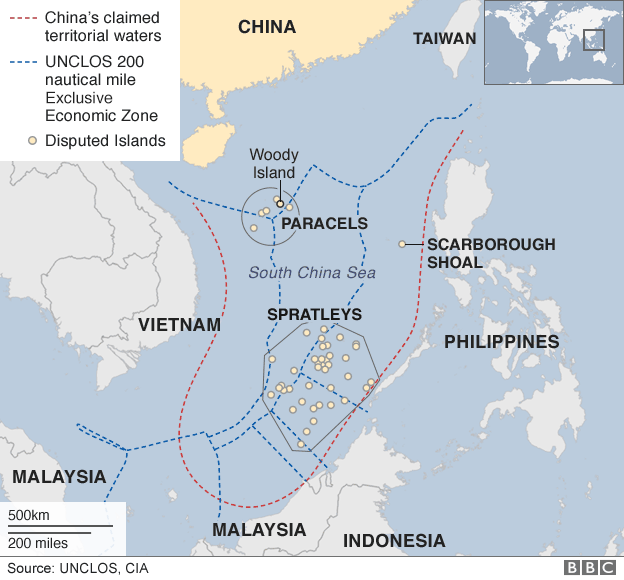 China and US rattle sabres.

US aircraft carrier the USS Carl Vinson has started what it calls “routine operations” in the South China Sea, with a fleet of supporting warships.

It has been constructing artificial islands with airstrips in the South China Sea for a number of years.

The aircraft carrier was last in the South China Sea two years ago, for exercises with Malaysia’s navy and air force and has made 16 voyages to the region in its 35 years of US navy service.

US Defence Secretary James Mattis said during a recent trip to Japan that the Trump administration saw no need for “dramatic military moves” at the stage.

The statement appeared to repudiate comments on the subject from Secretary of State Rex Tillerson, who told senators during his confirmation hearings that China should be prevented from reaching the disputed islands.

On Wednesday, Chinese foreign ministry spokesman Geng Shuang said: “We urge the US not to take any actions that challenge China’s sovereignty and security.”