CVE-2015-7547 is not actually the first bug found in glibc’s DNS implementation.  A few people have privately asked me how this particular flaw compares to last year’s issue, dubbed “Ghost” by its finders at Qualys.  Well, here’s a list of what that flaw could not exploit:

And here are the results from a few minutes of research on the new bug. 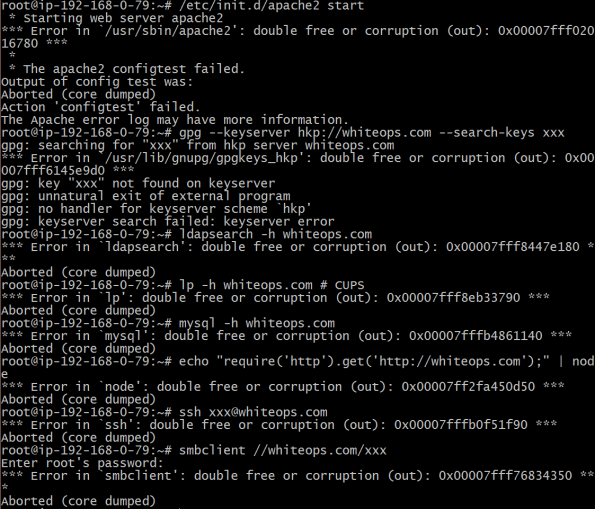 More is possible, but I think the point is made.  The reason why the new flaw is significantly more virulent is that:

As it happens, Qualys did a pretty great writeup of Ghost’s mitigating factors, so I’ll just let the experts speak for themselves:

In order to reach the overflow at line 157, the hostname argument must meet the following requirements:

Like I said, fiddly, thus giving Qualys quite a bit of confidence regarding what was and wasn’t exploitable.  By contrast, the constraints on CVE-2015-7547 are “IPv6 compatible getaddrinfo”.  That ain’t much.  The bug doesn’t even care about the payload, only how much is delivered and if it had to retry.

It’s also a much larger malicious payload we get to work with.  Ghost was four bytes (not that that’s not enough, but still).

In Ghost’s defense, we know that flaw can traverse caches, requiring far less access for attackers.  CVE-2015-7547 is weird enough that we’re just not sure.